A downloadable game for Windows, macOS, and Linux

Fractalis is a procedurally generated roguelike that has turnbased/gridbased combat with a realtime feel.

Each world that is generated has its own unique monsters to fight, and areas to explore. In the combat system you can attack with melee weapons, ranged weapons, throwing weapons, and magic attacks. Different weapons have their own attack areas, and effects. As you travel though numerous levels below the overworld, you will fight menacing monsters, find interesting items, weapons, and equipment that will aid you along your journey.

I really like it but your world gen needs some tweaking. For the first few games the map built preventing me from reaching several buildings and shops. I've had buildings, doors, and entire areas blocked by world gen putting impassible objects/walls in the way. In later games, I got shop buildings with 2 or 3 of the same type of shop. Not sure I understand why each item type has their own vendor especially when you won't necessarily get shops to sell to. I don't quite understand the coin system either. (Also should be able to stack certain items like coins) I also had dead-end dungeons & areas I couldn't reach many times. What really irked me is the massive amount of "Tool" items I had but I still haven't seen a shop for them in 5 or 6 plays.  Considering you can't talk to NPC's I'm not sure why you can attack them. Several games ended because I accidentally walked into one. Why even make them attackable? Just for a random death early game? I'm fairly certain you can't attack them, but after every bookcase in the game described poison and remedy potions to me 3 games in a row I finally found a book that told me K is to view skills. Which is not all that useful considering the chance of finding items or using shops at all. (I did sell a couple poison potions once but other than that, the shops have been completely useless if I can even get to them.) Otherwise I like the art, music, and general mechanics.

Yeah, Right now the game doesn't have a Tool shop, but I think that was a mistake in not adding one.

I’m working on an update, and a I’ll try to add the Tool shop in that update.

As for the map generation, right now things are a little bit random, where in some worlds shops won’t appear, and there are dead ends/unreachable areas. But, this is something I might try to make a little bit better in the future.

I kind of would like to make the NPCs intractable in the future. So they will have more of a role in the gameplay, but that is something that will take a while to get working.

Overall, I think your right that the game needs some tweaking in different areas, including the shops/item stacking/NPCs.

this amazing game ever, i can't wait full ver of this game.
and can you make option to save file or place to save point.
like game Death Stranding i give two thumb

Right now the game auto saves when you close the game, but that is something I might think about in the future to add an ability to save when you want to. 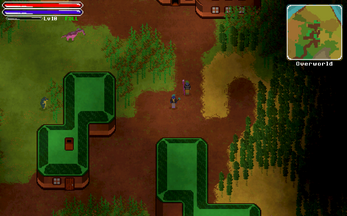 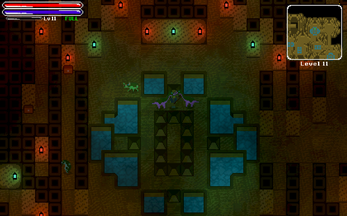 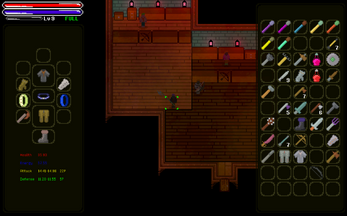 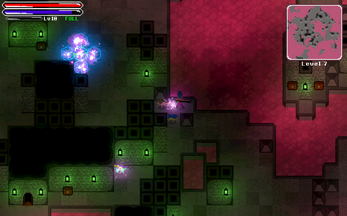 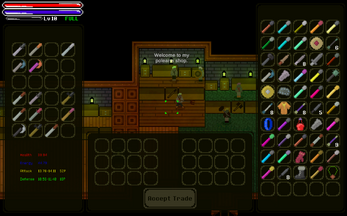 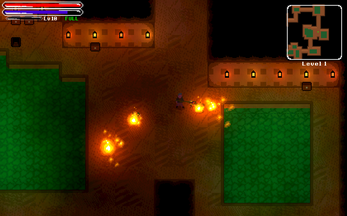 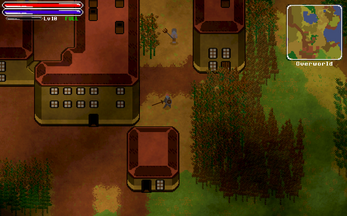